What's on your mind?

Is Madison considered a younger version of Mandy?

And when I say this, I mean in terms of personality and looks. 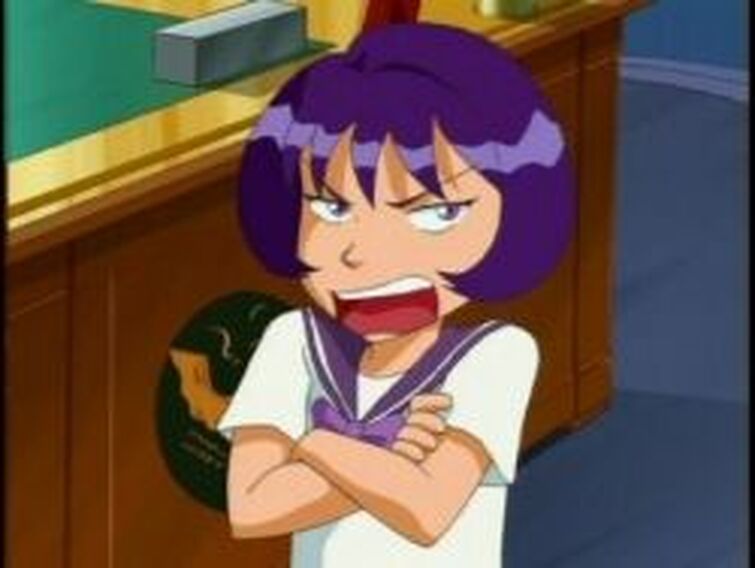 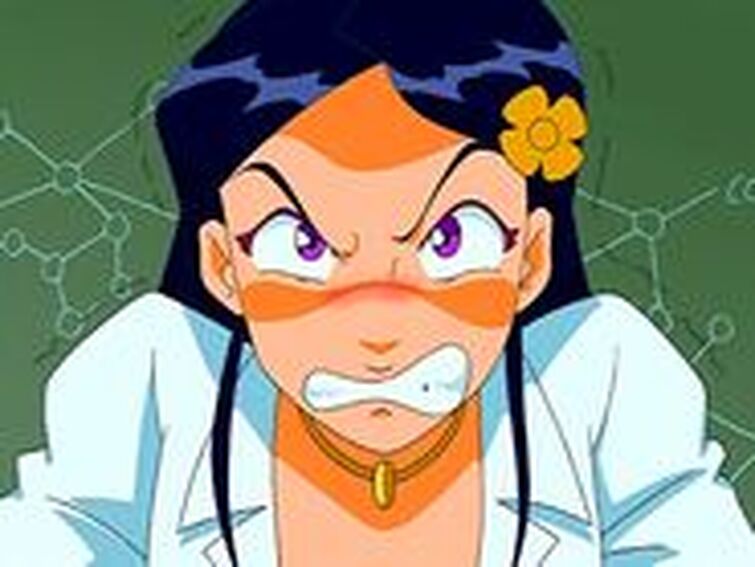 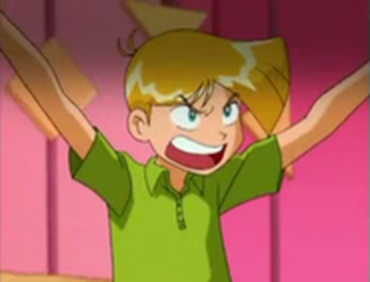 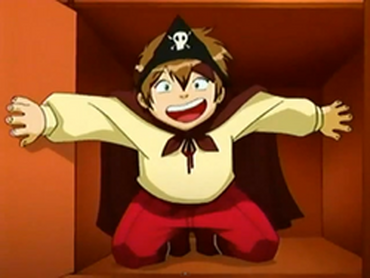 Chucky (The son of Mrs. Vanderfleet)

I no we know that Jerry's Last Name is Lewis but do we ever find out Sam,Alex and Clover's Last Names?

I believe that Tim got fired in his teens, and the flashback is just from few years before the events of "The New Jerry".

Since it's shown that Jerry recruits spies at early ages, and it's believed that Tim was orphaned as a child. So it's Jerry could have recruited Tim when he lost his parents, and possibly also because he was a genius as a child, but without any parental guidance he started doing bad things and creating stuff that wasn't approved by WHOOP - so they had to fire him (20 years before the episode).

After that he continued to do criminal things - since his criminal record is longer than Clover's list of ex-boyfriends - and managed to never get caught for years. But eventually WHOOP caught him just a few years before that episode, which is the flashback - because we only see him getting arrested, not fired.

So it's possibly that he's in his mid-twenties or early thirties in the present.

Does any think that Ariel from W.O.W. will finally reapppear? they didn't make her revenge plan yet, they don't even tell us there will be a season 7 yet. Ariel should appear again!

When I watch the first episode of Totally Spies Season 6, Anti-Social Network. who is Telly's english voice? He sounds familiar just like the character from Ben 10, the young Kevin?

The episode Danger TV is online on Youtube in Dutch. http://www.youtube.com/watch?v=hRuCSqsynfM

Honestly? I've watched the first 8 episodes of S6, as well as the Versailles ones (numbers 25 and 26), and I was very disappointed. There is no explanation provided for how evil returned to the world, and it seems that the producers automatically assumed that everyone had watched the TS movie. Alex's pig from the movie features in a couple of episodes, and the whole feel of the season was very TS Movie-esque. There seems to be a much heavier emphasis on the use of gadgets - there's less of the physical hand-to-hand combat that was a staple of the first few seasons.  Also, several important plot elements from S5 were missing - as someone below me mentioned, Mindy is completely gone, and we don't get to see any other WOOHP agents besides the spies. Seriously, I've already watched 10 episodes of S6 in total, and neither Britney, Blaine, nor Dean made a single appearance. There was no sign of the LAMOS either, and the only recurring villain who's appeared so far is Captain Hayes (though I frankly don't think his schemes were very clever). It was almost like they had never even existed in the first place. With few exceptions, most of the villains have extremely lame and predictable plans (even more predictable than those in Seasons 1-4), to the point where I already knew what was going to happen for certain episodes, even though I was just 5 minutes in.  The only episodes I'd recommend watching at this point are "Vide-o-No!" (Ep. 3) and *maybe* "Super Mega Dance Party Yo!" (Ep. 4), but that's about it. It's pretty obvious that the producers are shifting their focus to even younger audiences. I hope the next few episodes will be better, but after watching nearly half of S6's episodes, I'm not expecting very much.

Well LAMOS was disbanded in Season 4, so why would they return?  Also it's been rumored that Violet from Season 4 will return alongside that evil shrink from Season 2.

@ Nipasu: I didn't necessarily mean LAMOS as a group; I meant that I didn't see any of their individual members. I'm likely biased because Tim Scam is my favorite villain, but he's been around since Season 1 and so far there's still been no sign of him anywhere.  That's interesting that you brought that up. I think the shrink will return in "Totally Switched Again!", but I'm not sure about Violet. None of the episodes' titles seem to be flower-related.  Anyway, I personally hope the season gets better. But this is just my opinion. I know there are others who don't see it as a failure.

Ugh, you know I agree with everything you're saying here. I don't care so much for LAMOS, mostly just Scam because let's face it HE is the smartest villain on the show and for whatever reason he's being ignored. -_-  Also to the person below, even if the LAMOS disbanded, the fact that other villains from earlier seasons are still around proves that the villains exist, which means as a group or not the members of LAMOS still exist. :) There is no reason why Scam, Terrance, Myrna, Helga or Boogie Gus should not get to make a comeback individually especially when they are actually good, competant villains.  Personally, I am not enjoying the selection of past season's villains that have so far made a comeback. They all seem pretty silly to me and I sincerely hope they put some more serious villains in the mix soon. Judging by the reactions on youtube, a lot of people are finding the new episodes pretty lackluster compared to the earlier seasons so it's not odd to feel this way at all.

Aw, c'mon!!!! Where are MY fave villains, Max Exterminus and Felicity Fensins?!

Looks like S6 is disappointing more than a few people. :/ At this point I've watched 12 episodes, and I've only genuinely liked 1-2 of them. Britney, Blaine, and Dean *still* haven't made a single appearance, and the members of LAMOS are still nowhere to be seen. If they do decide to make a Season 7, they should definitely change things.

This season sucks... Because Disney wants it they made it more childish. Look at the themesong totally stupid and no scary things at all. And season 6 and the movie don't fit in the timeline. And the style is more chibi that sucks. No really action scenes and Mindy is gone and replaced by Mandy's weird butler thing. They totally ruined and i want to know how the evil turned back. Amazing Spiez, Season 6  and the movie are totally ruining evrything in the timeline. And Alex pig returned but she never ever talked about it after the movie. It's weird tough. And in the movie they used Jerry's new office instead of his old office and his caracter is less more serieus then the first seasons showned. I really hate this and DISNEY for ruining the super amazing totally super spies. :""""((((

Ugh, I agree with you on most points. You should see the mini-rant I posted above as a comment.

The Tim Scam and Samantha page.

(edited by Syalantillesfel)
i think that one of the girls get badly injured to see what the other girls would do for the injured friend. i think that would be an interesting episode.
(edited by Truerider92)
The SPy Mothers should try and come back this season the help the spies with some really tough missions
(edited by A Fandom user)

is there going to be a second movie>?

(edited by A Fandom user)
Guidelines