Blaine is a WOOHP agent (formerly a freelance spy) and Clover's ex-boyfriend. He was introduced in the Season 5 episode "The Granny" as the captain of the Malibu University beach volleyball team.

His interests are similar to Clover's, which led to them dating within minutes of his introduction. When they first met, Blaine and his teams volleyball ball hit Clover. She initially yelled at him, but stopped and smiled when she saw he was handsome and had nice abs. Alex remarks that seeing Blaine in action is "weird" and Sam remarks, "it's like being in a parallel universe with a male Clover". As Season 5 has a more continuous story, Blaine's relationship with Clover is the only in the series to last for more than one episode. The next 2 episodes ("Another Evil Boyfriend" and "Return of Geraldine") focus on their relationship.

It is revealed in the Blaine arc that he is actually a freelance spy hired to kill Clover, whom he believed was an evil spy. He had been researching Clover and her interests from a secret room which also houses a telescope aimed at the girls' penthouse. His gadgets include the same robotic spiders that Dominique used against Clover in "Totally Busted". After being foiled by the girls, he is set straight by Jerry that he is an ally on the good side of the spies. Excusing himself for his next mission, he goes after his employer who turns out to be Geraldine Husk. Unfortunately, he is captured, and Clover arrives, she too is captured, but they manage to free themselves and reaffirm their love. Alex and Sam arrive, and together they defeat Geraldine. At the conclusion of his story arc, Blaine joins WOOHP and is assigned to the Australia branch. It is later revealed that Britney joins WOOHP Australia, much to Clover's disdain. ("Evil Hotel")

Blaine reappears in the season 5 finale "Totally Dunzo" as one of the spies captured by "Agent X". After being freed, he assists the others in fighting the drones, but is quickly defeated, leaving Samantha, Clover, and Alexandra to finish the Season 5' final battle. His relationship with Clover is still intact, almost kissing before Alex interrupted them.

He returns in "Baddies on a Blimp", Clover asks him if he wants to date her again. Blaine said that he does not want her anymore because girls from Los Angeles are high maintenance, because previously he was dating Mandy.

His catsuit is black.

Blaine's physical appearance is black hair, green eyes, and white skin. Blaine has a muscular build and a six-pack. His primary outfit in "Another Evil Boyfriend" and "Totally Dunzo" was a black short sleeve jacket under a orange shirt, denim pants, and black shoes. In "Another Evil Boyfriend", he notes that he was the fifth shortest player on the Mali-U volleyball team. 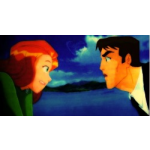 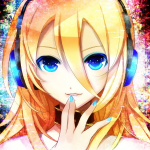