Evil Jerry is episode 5 of Season 4.

Tim Scam sends Jerry his favorite chocolate containing Terence's DNA to turn him evil! It's up to spies to save the day. At the end of episode Helga Von Guggen, Tim Scam, and Myrna Beesbottom were arrested.

In the B-story, Mandy and her cronies create a spy club at Beverly Hills High after being inspired by a "Spy Chic" fashion magazine. The club's activities involve taking unflattering photographs of other students, including Clover and Alex.

Tim Scam working on his experiment. 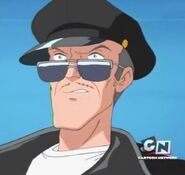 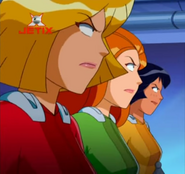