In the late 1990's a prototype pilot episode has been produced for "Totally Spies!".

There was no clear plot given that it was a B-roll from one of prototypes. One scene shows Alex driving a yellow sports car and Sam shooting a rocket on the bridge by mistake. Later, a military base explodes and the 3 spies are being rescued by a helicopter. The spies are also seen riding a Jet Ski and shooting water with a hose.

In the b-story, Sam, Alex, and Clover are arguing at the mall. 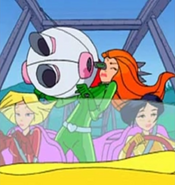 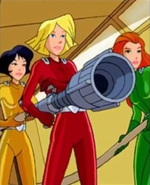 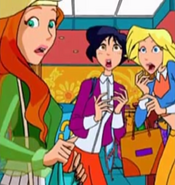 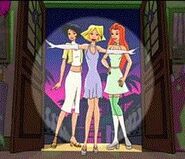