The spies investigate a strange affliction where numerous talented teens (entertainers, athletes, etc.) mysteriously have lost their abilities. The spies trace the phenomenon to a talent camp, where teens go to further hone their skills. The spies go undercover and find that an evil and bitter villain is able to somehow extract the talent from the teens and administer it to herself. Sam also undergoes the effects. Clover and Alex try to defeat the villain before they lose all of their own personal talents.

In the B-story, the girls decide to throw their first big house party. However, Mandy seeks to upstage them.

Jerry Lewis talking about the mission. 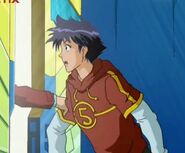 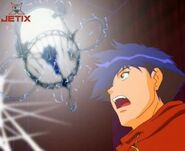 Andy is about to get zapped